A selection of articles

The tech executive turned data justice warrior is celebrated as a truth-telling hero, but there’s something a bit too smooth about this narrative arc.

Do Tech Slogans Really ‘Make the World a Better Place’?

“Thanks to Big Tech itself, corporate slogans are no longer broadcast-only; they’re just the opening line in an often tetchy conversation.”

This is your phone on feminism

How to fix our disturbingly unequal relationship with smartphones.

Soldiers with smartphones can be a gift to the enemy

With security risks and data-leaks, why do some serving soldiers bring smartphones on deployment, and how do countries differ?

A platform that makes more money from lies than from truth will by definition make social democracy impossible.

Even at the End of the World, There’s Still a Duty of Hope

“What if we looked our potential extinction right in the face and stopped jokily saying, “I hope I perish in the first wave,” and instead said, “This could really happen. This is the urgency that demands action, and here is what we are going to do.”

If We Remember How Unity Feels, We Can Save Democracy

“Growing up in one place and living in another is like joining a new family when you get married. You don’t divide your loyalties — you multiply them.”

“The “duty of hope” — the unofficial slogan of Irish diplomats in the Northern Ireland peace process — requires that we take a clear-eyed look at our situation and then act as if there will be a future. (It’s basically Gramsci’s “pessimism of the intellect, optimism of the will” in sensible shoes.)”

One Hell of a To-Do List for Saving Democracy

“We need to apply problem-solving skills to the systemic threats facing democracy.”

How to Cope with the End of the World

“It feels “strong” to think absolutely everything is shit and to imagine smashing it all, going out in a blaze of glory to a background of dawning horror on the faces of everyone who didn’t enrich you or valorize you or give you sex. But we shouldn’t mistake this for any more than what it is; an adolescent jerk-off fantasy shaped by criminal politicians into national suicide cults.”

A new world order: With the US and the UK in disarray, where can Ireland look for a new democratic role model?

“Democracy may be down, but it’s far from out.”

Brexit: Where will you be when the data stops flowing out of the EU?

“If you are an Irish company that sells, say, custom T-shirts to people in Northern Ireland, then you may experience what the UK government euphemistically calls ‘turbulence’.”

I Will Be Complete review: a subtle but shocking memoir

“The writer’s tricks of temptation and evasion, foreshadowing and repetition, dangling a telling detail here and hinting at dark motivations there; all are present in the conman’s patter and the self-delusion of an adult stealing her son’s childhood so she can have another shot at her own.”

“The crowd boos. Ted Cruz’s grin is restored. Our tournament is over.”

“Twenty minutes after they’d phoned, an NBC news crew was setting up lights in the study, or book-womb, as one of my sisters calls it.”

Freedom of the City

“In the daytime, I would go to the refugee camps to visit various people the Irish network put me in touch with. They weren’t camps, just unofficial towns on the other side of checkpoints.” 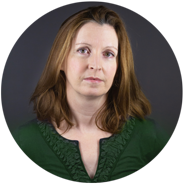